This chapter describes a token, which is a string that represents the authenticated identity of an USER(OpenStack users or other any user authentication system users) or a K2HR3 ROLE member. 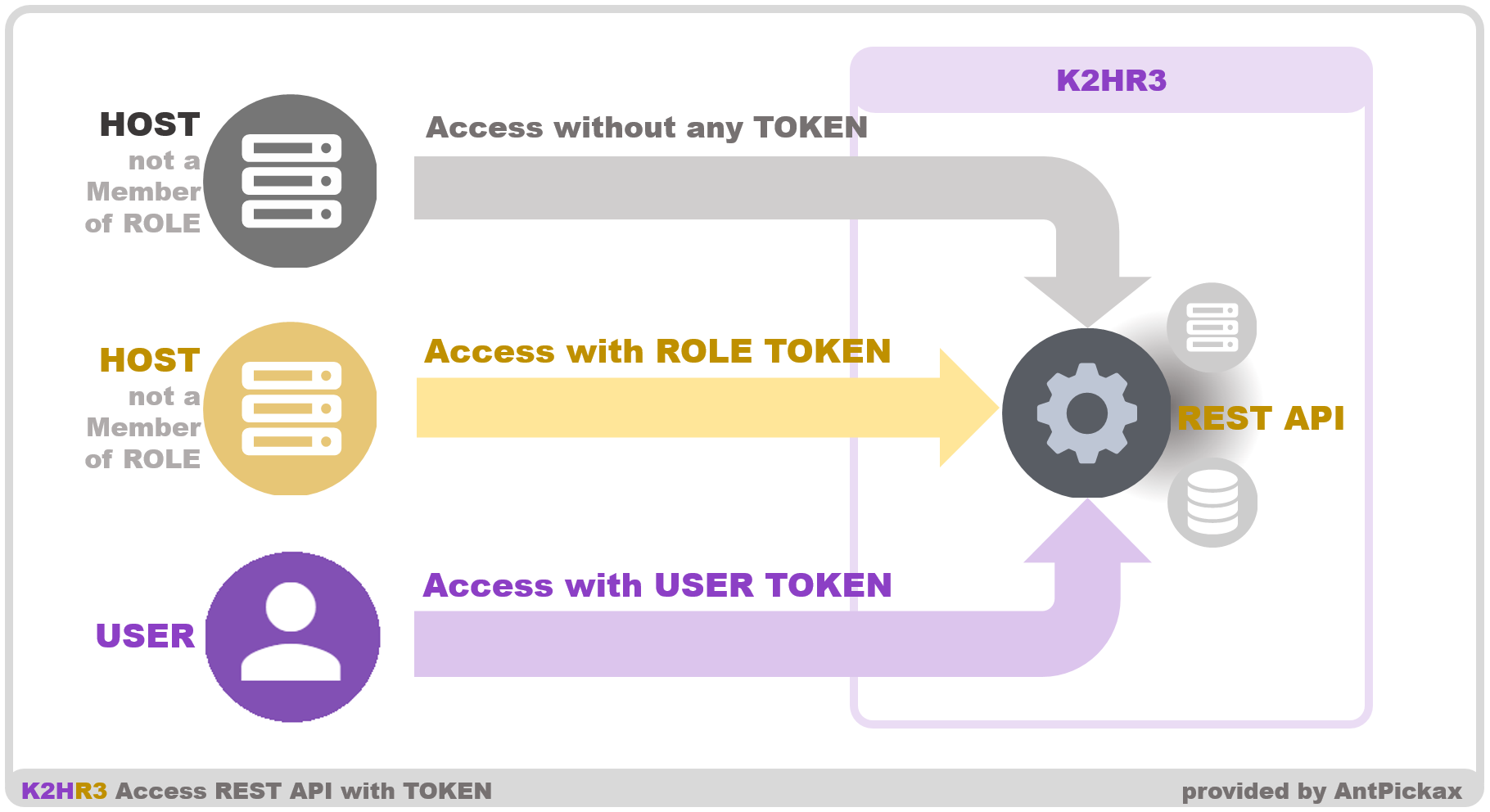 The following sections describe each K2HR3 API. The primary usage of K2HR3 system doesn’t always require a token. However, in some cases you need a token. See each API pages for the details.

The purpose of the VERSION API is to list all versions, endpoints and methods in the K2HR3 REST APIs.

The purpose of the ROLE API is to create and update and get and delete a K2HR3 ROLE. See the Basic Usage about the K2HR3 ROLE in the K2HR3.

The purpose of the ACR API is to provide the +SERVICE functionality. See the Service Usage for the +SERVICE details.

The purpose of the USER DATA API is to provide USER DATA, which user defined data to customize a cloud instance, to cloud-init that initializes OpenStack instances. cloud-init reads the user data defined by K2HR3 by calling this K2HR3 USER DATA API. The content contains two types of data, a config file for cloud-init and a shell script. cloud-init runs the shell script to pass the instance meta data(primarily including the unique id and the IP address) by using K2HR3 ROLE API. See the Detail page for K2HR3’s collaboration with OpenStack.

The purpose of EXT(RA) DATA API is to obtain data(script) including ROLE name, ROLE TOKEN, etc. dynamically by using an arbitrary user-defined template. The USER DATA API is dedicated to cloud-init, but this API can return similar content as user-defined. This allows you to dynamically return the K2HR3 information needed for any system.